The project’s starting point was a group of existing buildings, whose interiors were in an advanced state of degradation, in some cases even in ruins. These buildings were united so as to create a new dwelling.

The project aimed to change the buildings’ exterior appearance as much as possible, while conserving and recovering the exterior walls. The interiors were redesigned according to the requirements of contemporary dwellings. The intention was to regenerate without being misrepresented, requalifying spaces that were “dead”, and integrating them with new spaces.

The dialogue between old and the new elements was prioritised, acknowledging differences between them, safeguarding and valuing the identity of the existing construction.

The entrance at the ground level is by the southern end. Here the existing walls and roofless top were maintained, which began functioning as a pergola over the parking space.

The northern extension is where the house is essentially developed. Two existing volumes are united through a space made up of metal structure and glass, which will act as as entrance and distribution zone.

A volume is created for the intimate areas of the house (five suites). This volume will be half-buried, opening to the west, from where you can enjoy magnificent views towards the Óbidos Lagoon. The landscaped roof can serve as an extension of the exterior outdoor leisure area, accessed through spiral staircases that connect to the surrounding area of ​​the pool.

The garden cover reduces the impact of the built volume, visually resembling a garden, and fosters energy sustainability. 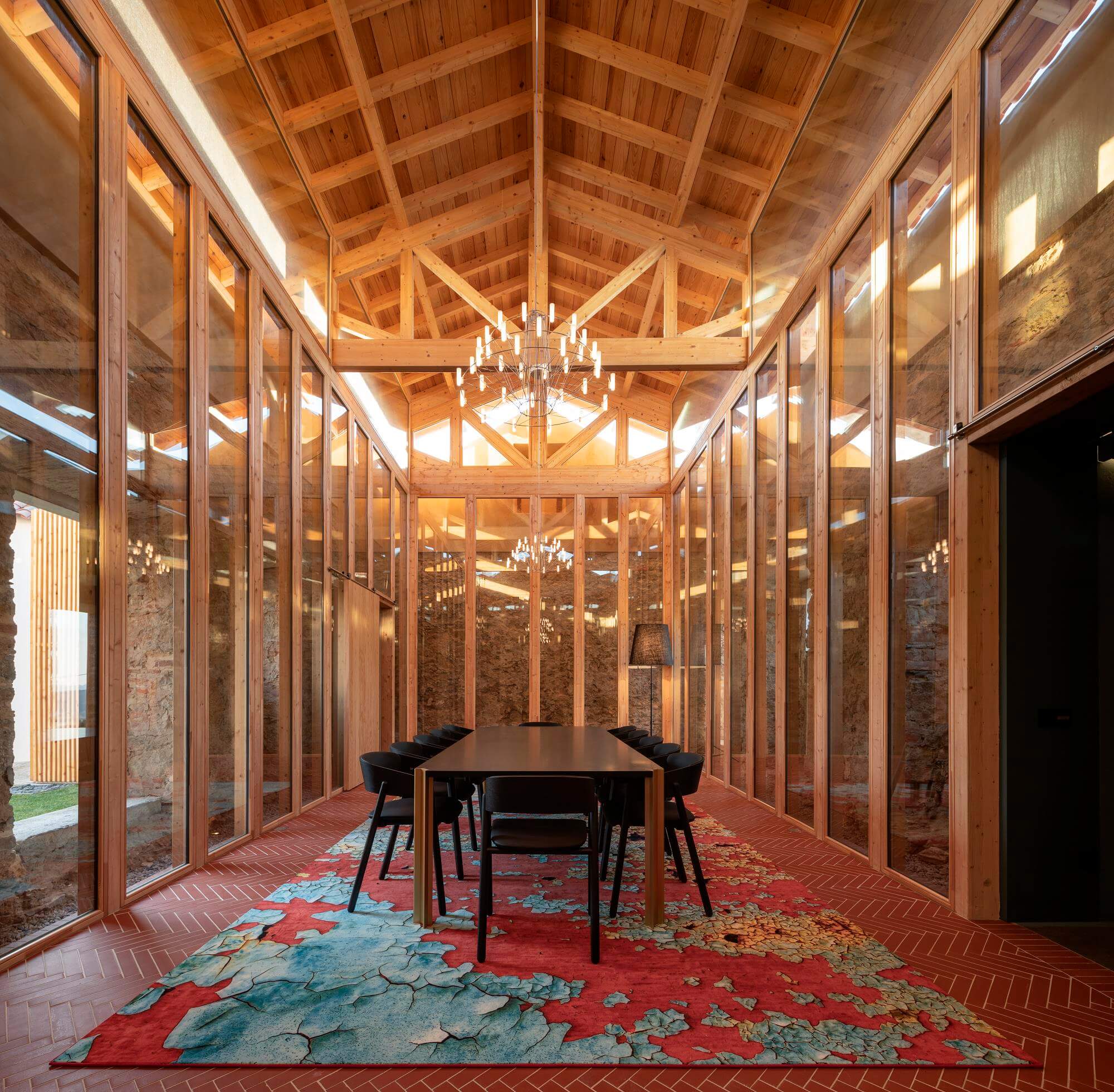 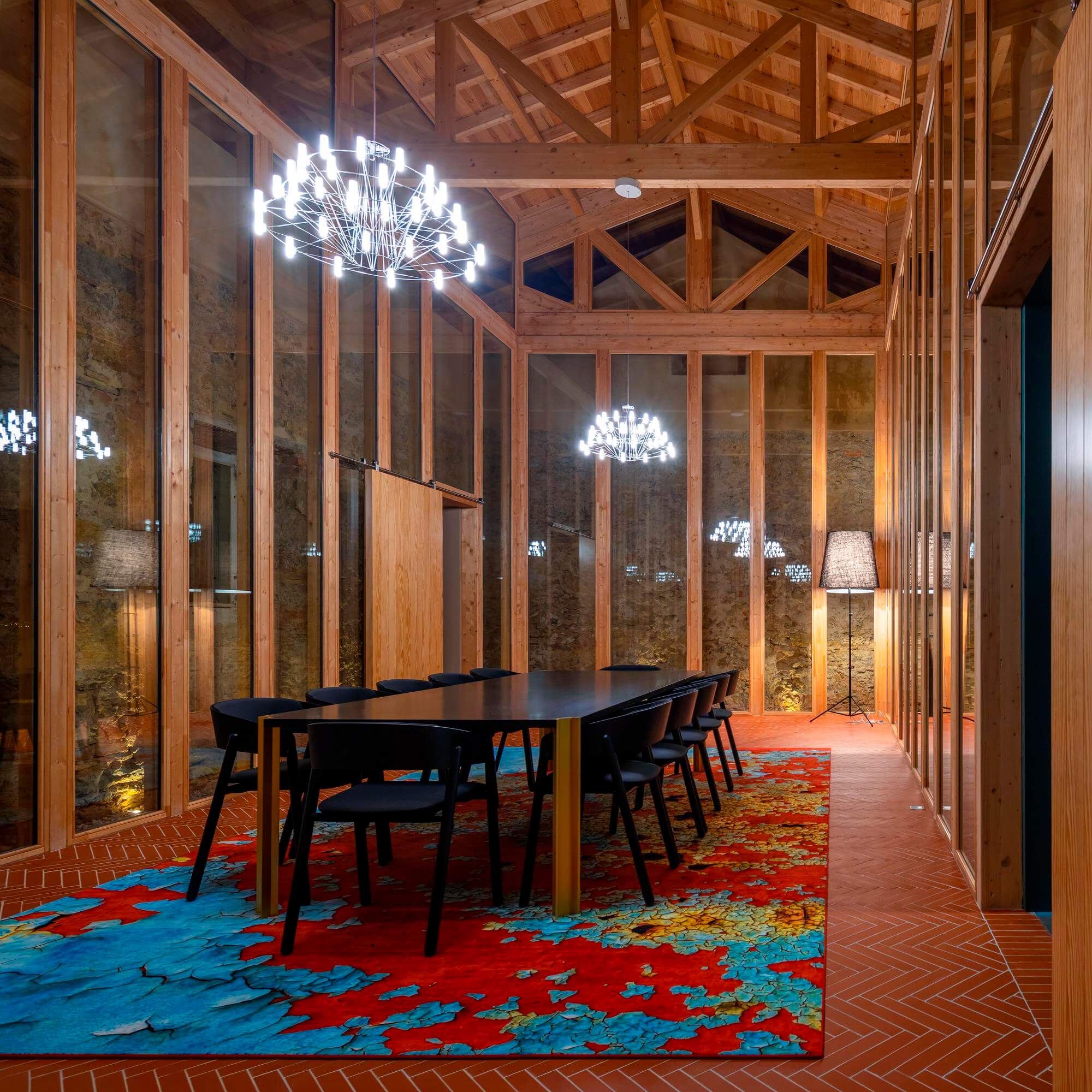 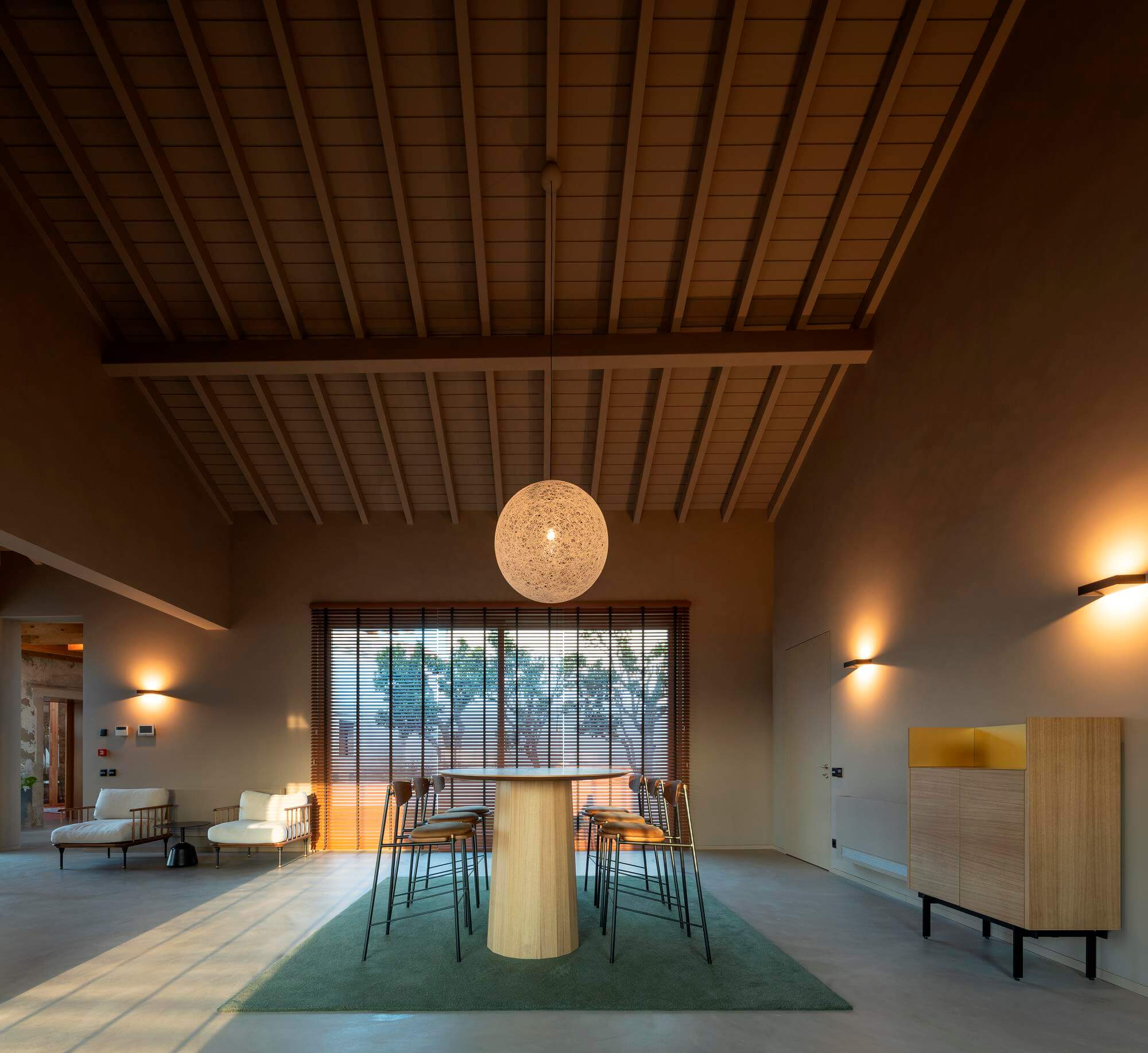 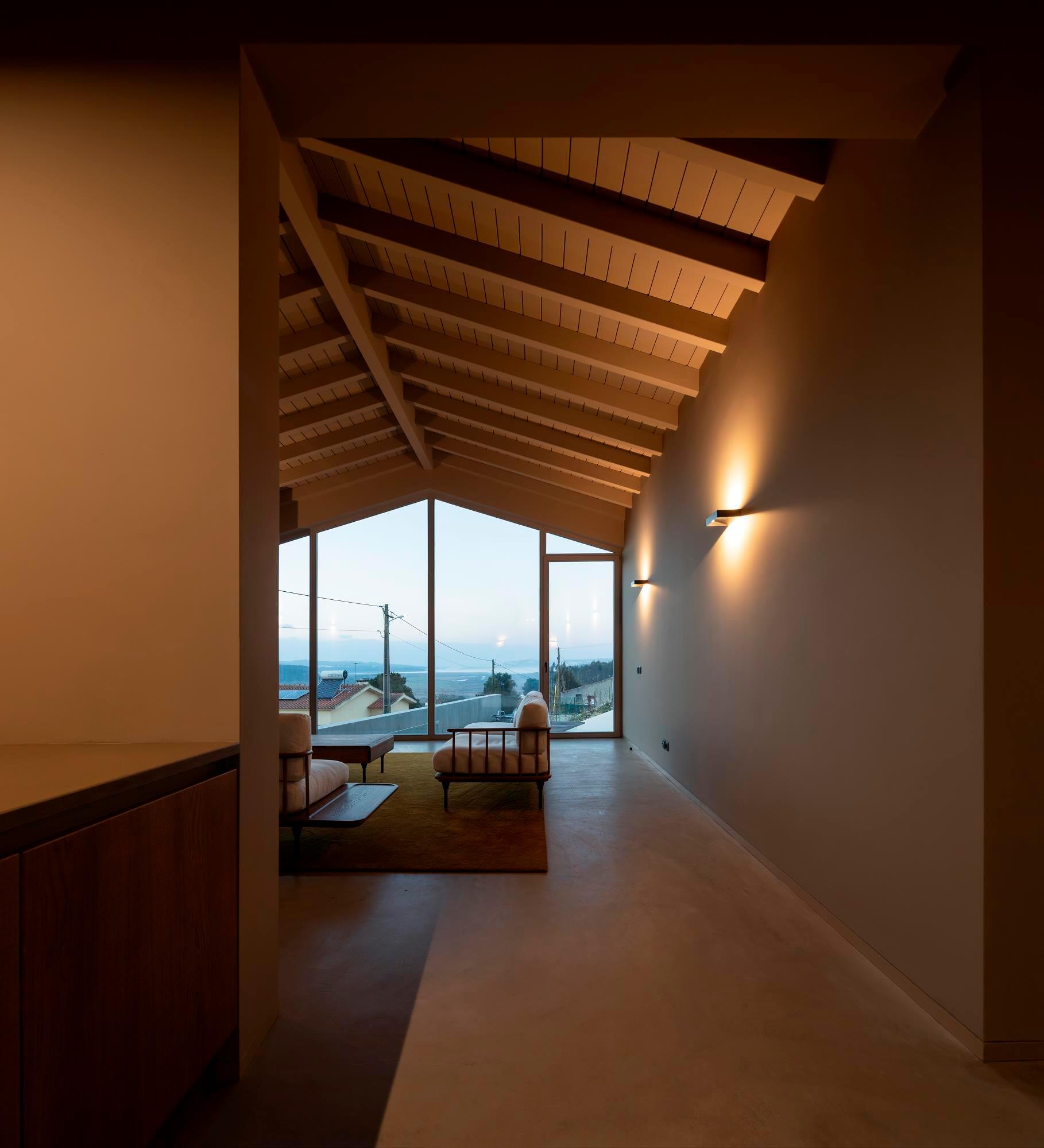 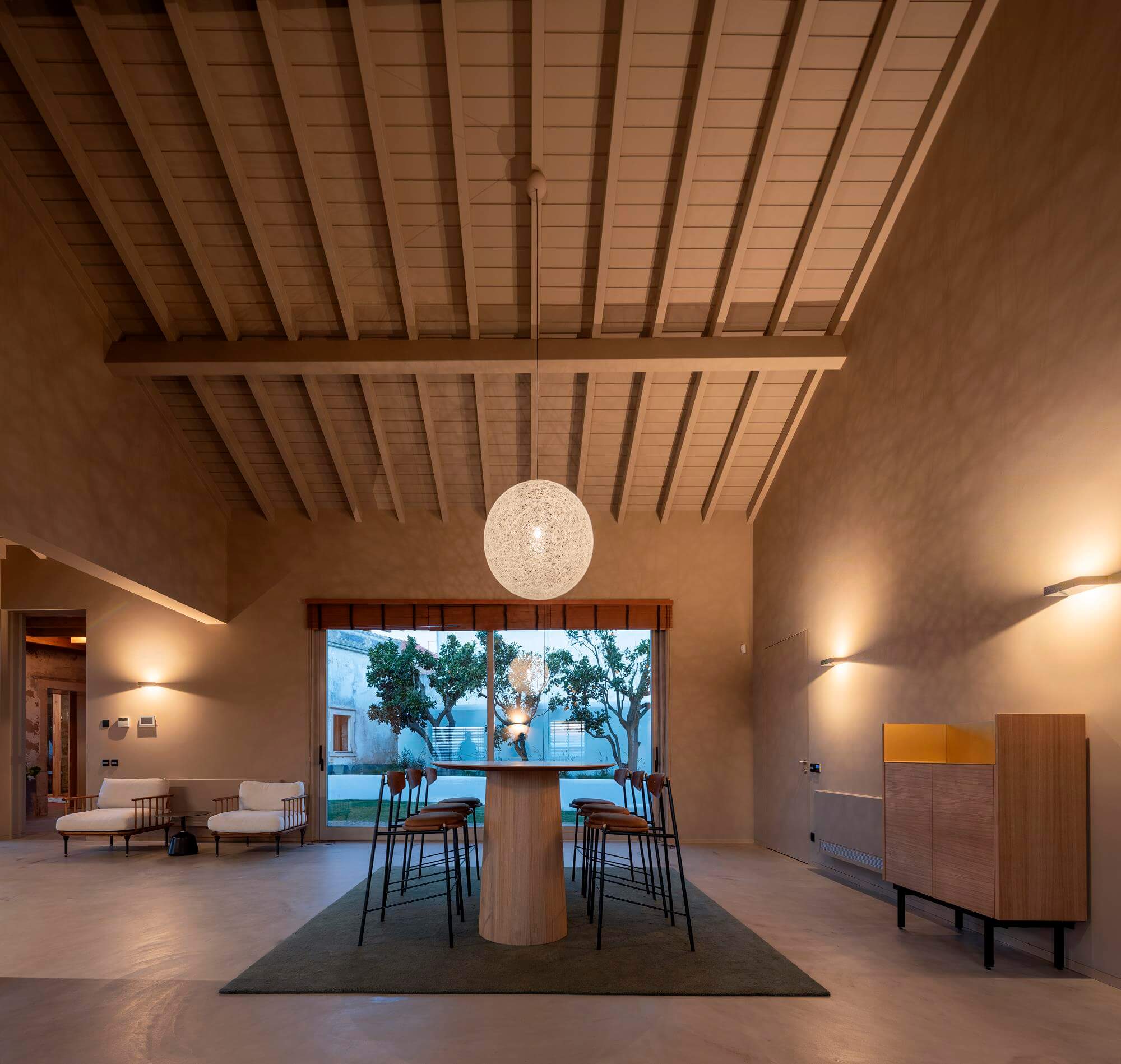 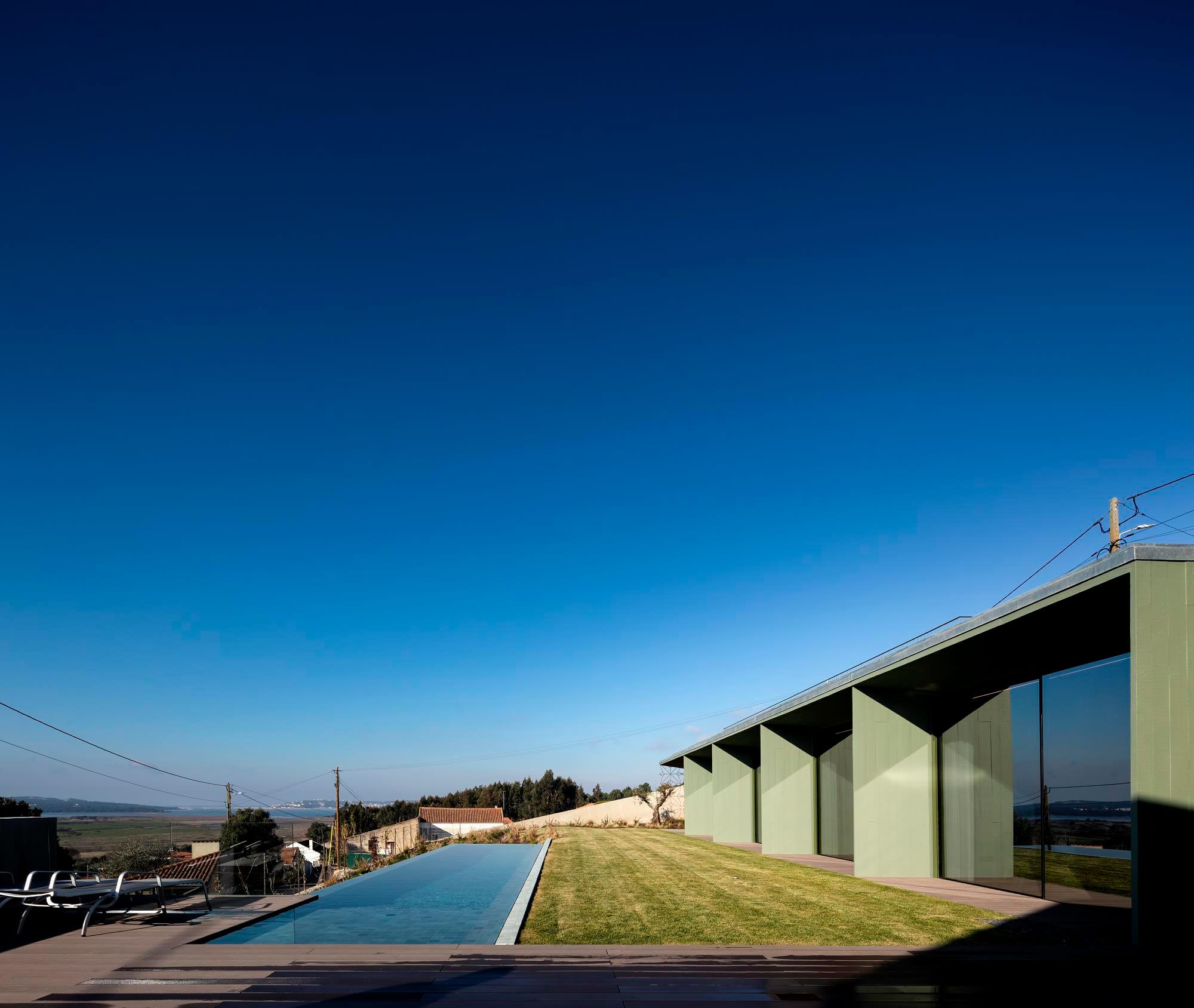 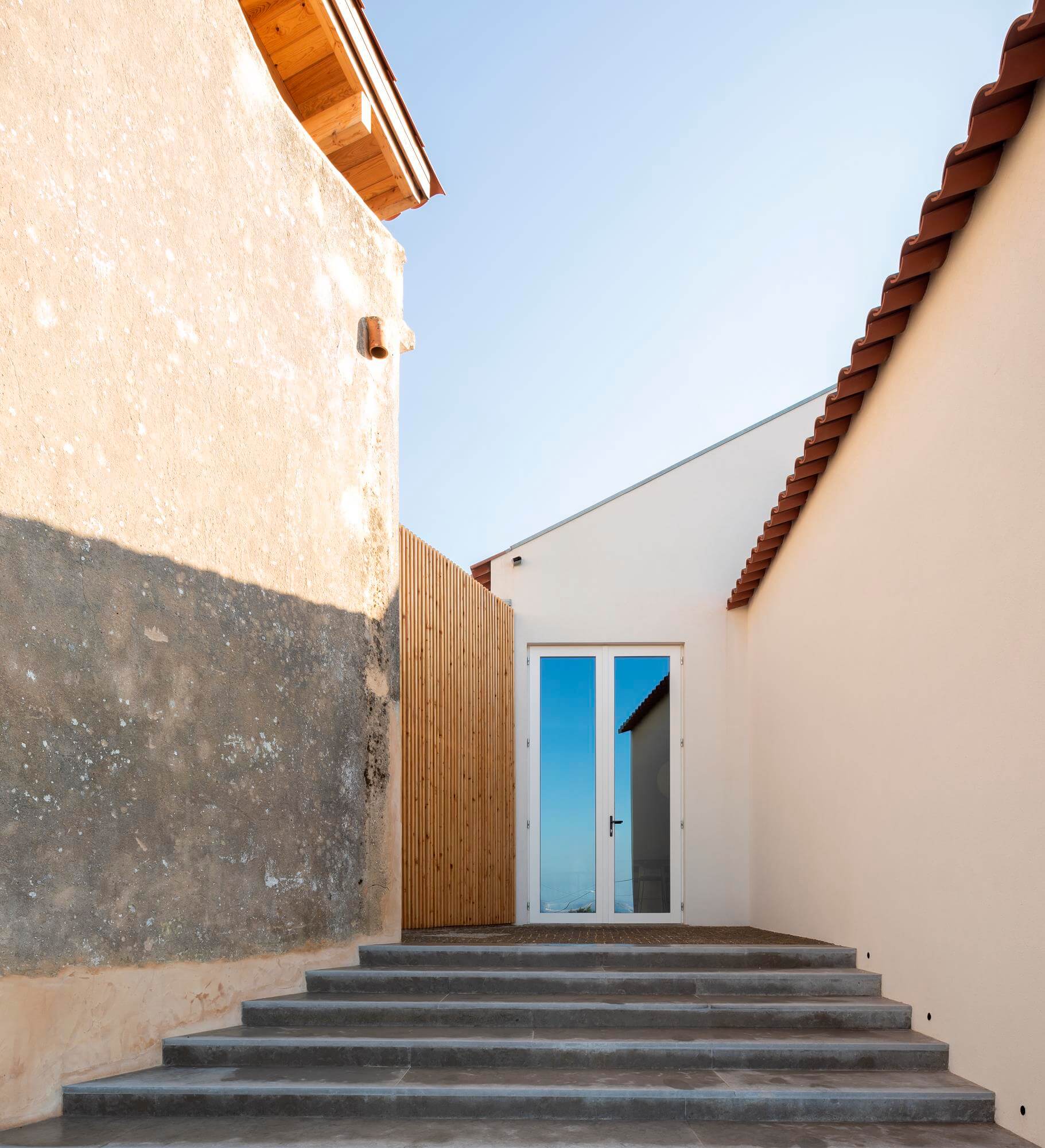 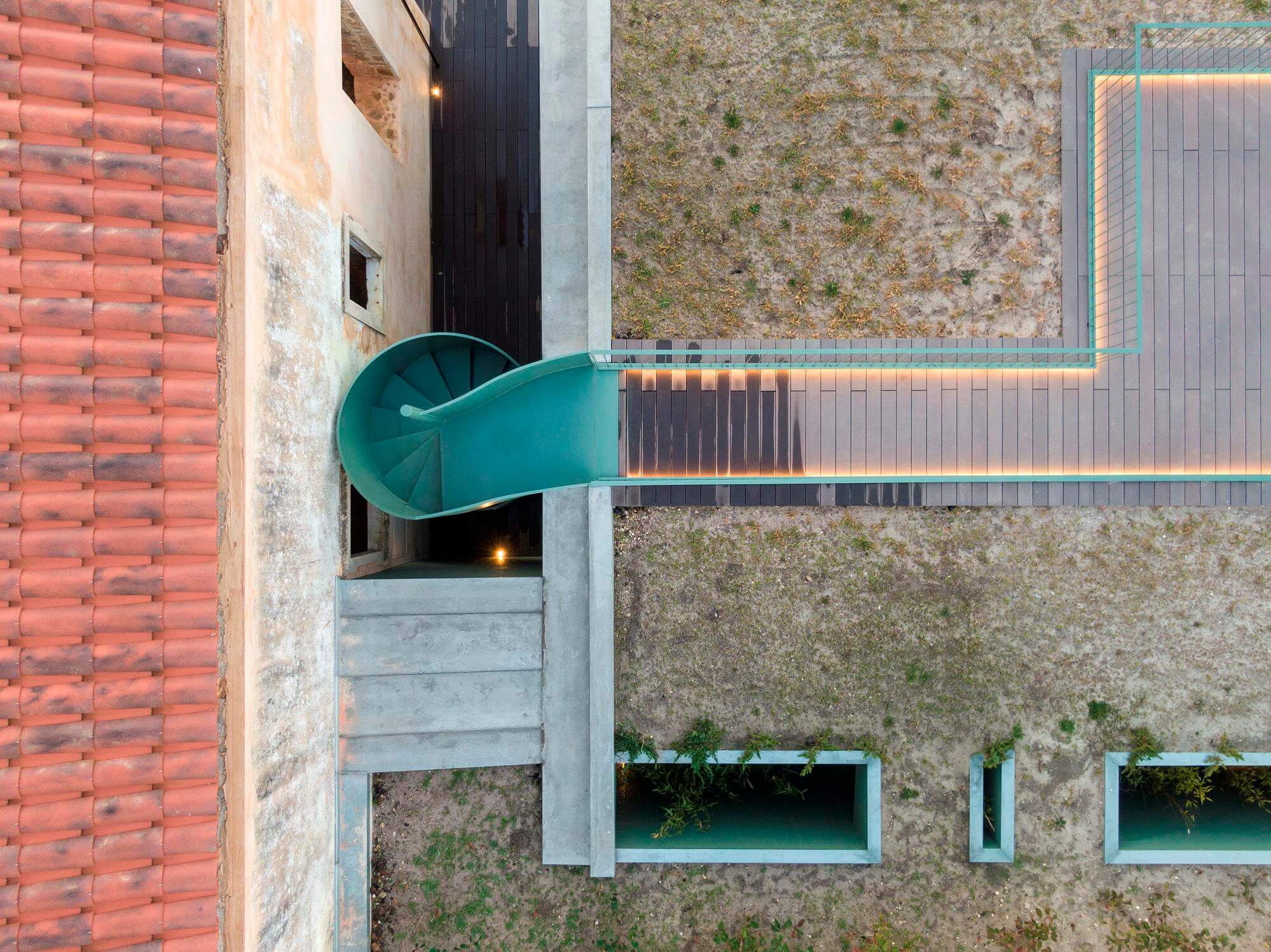 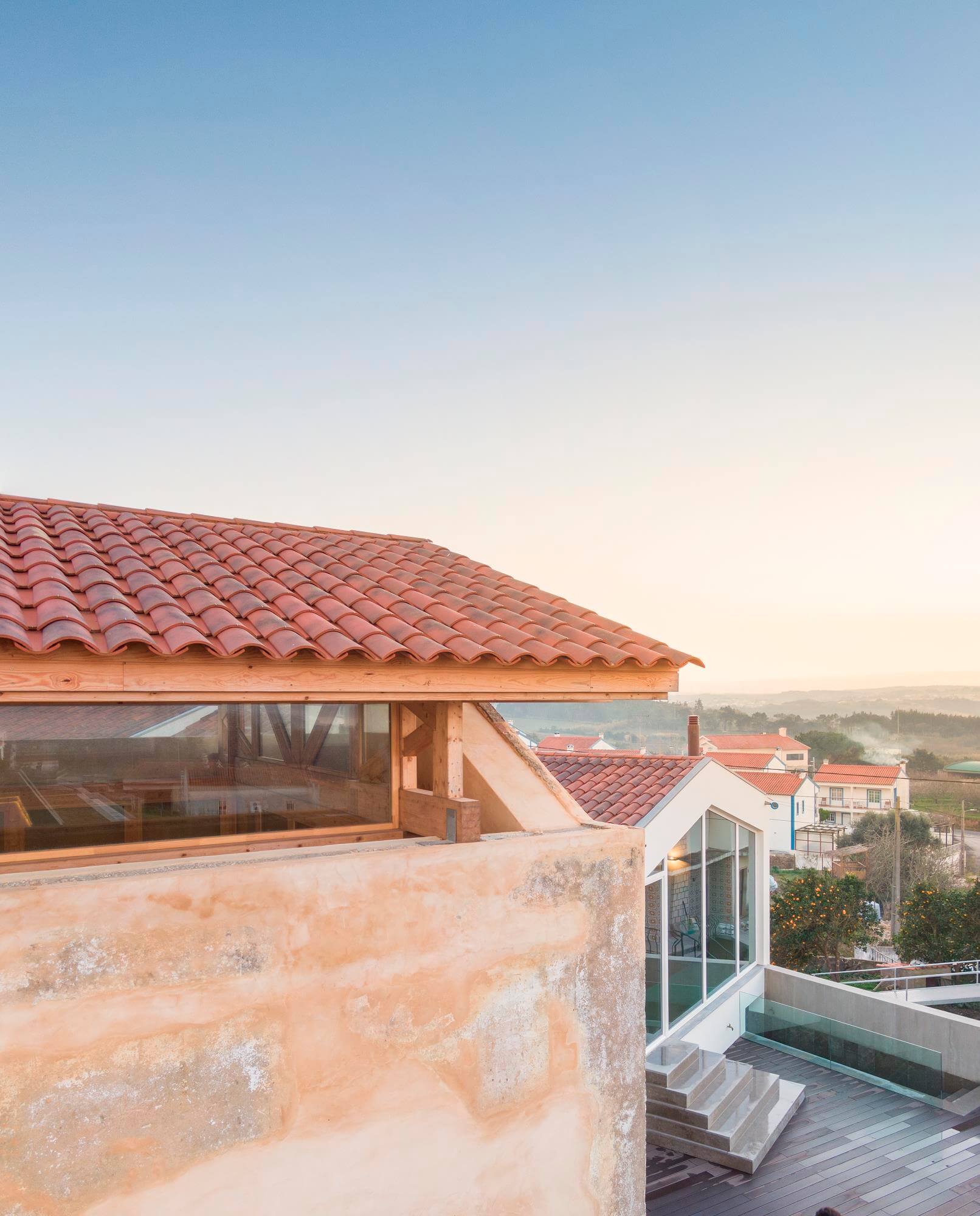 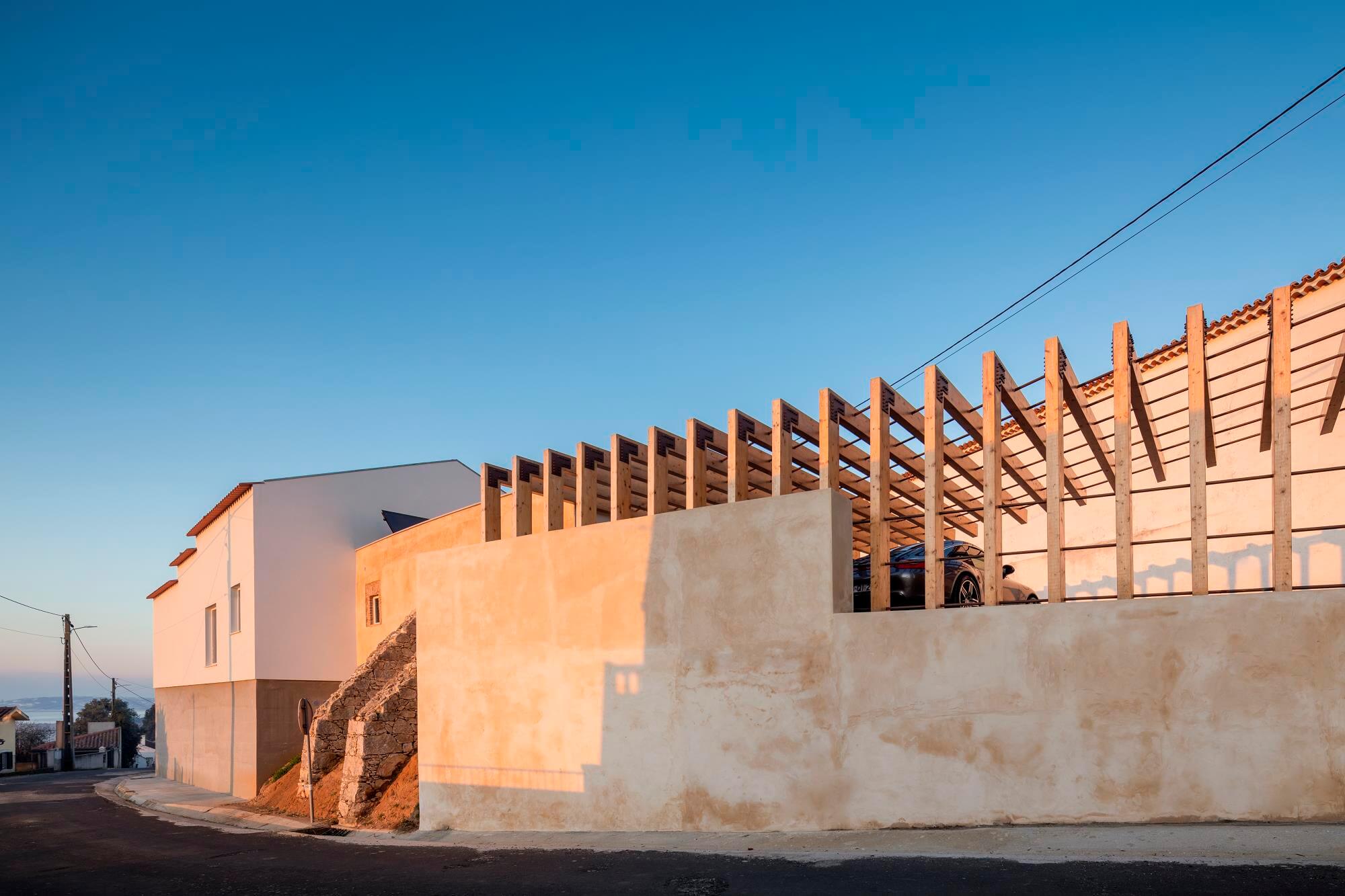 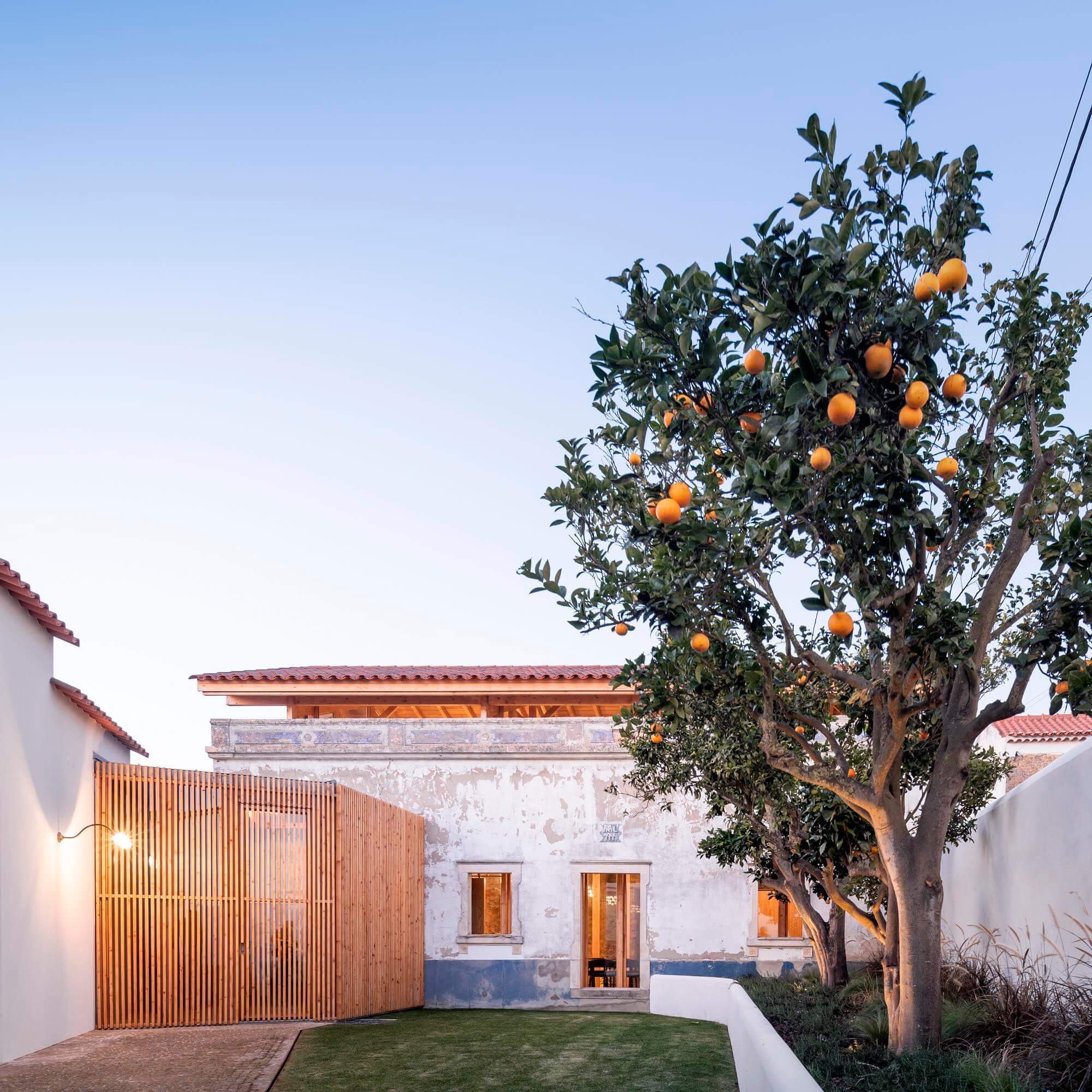 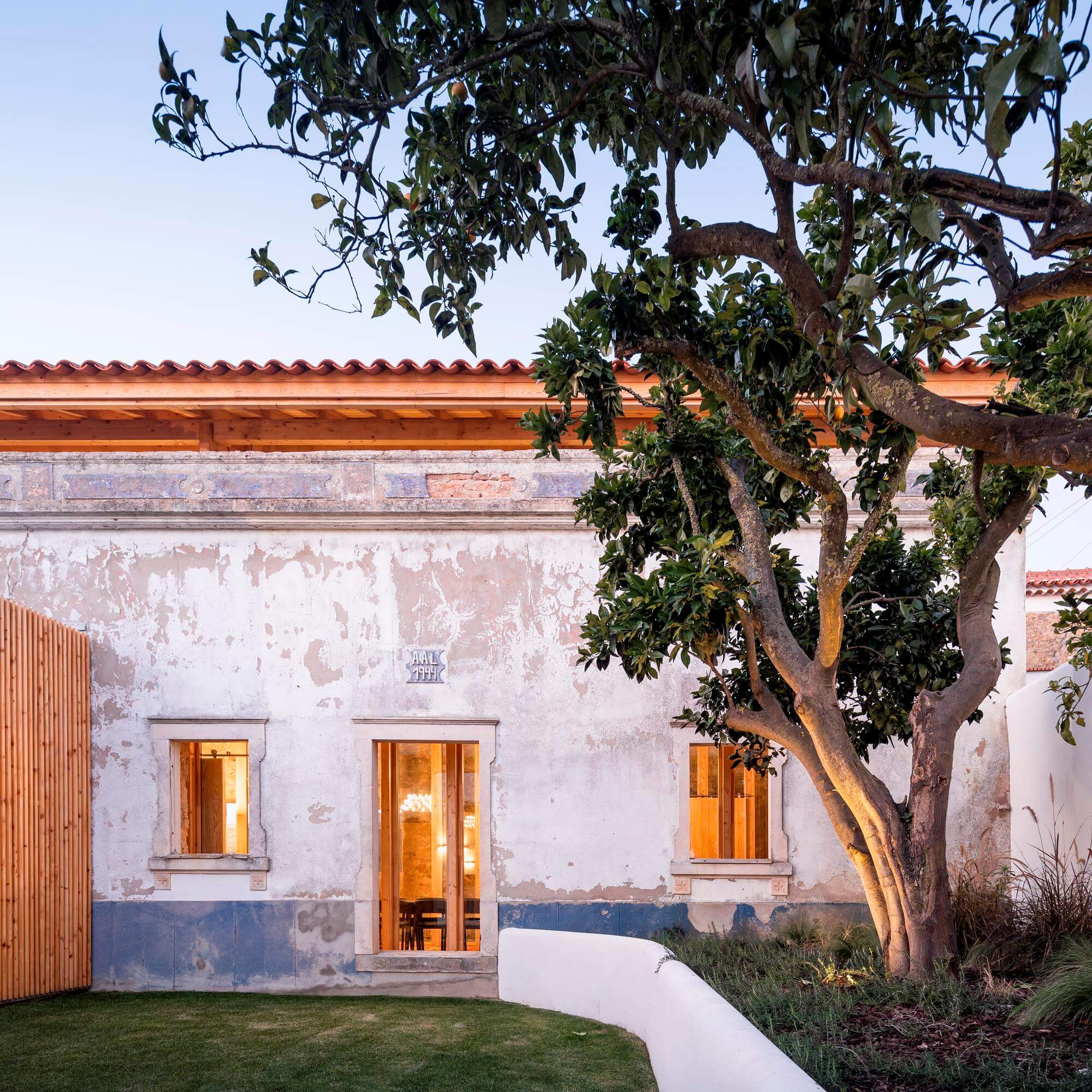 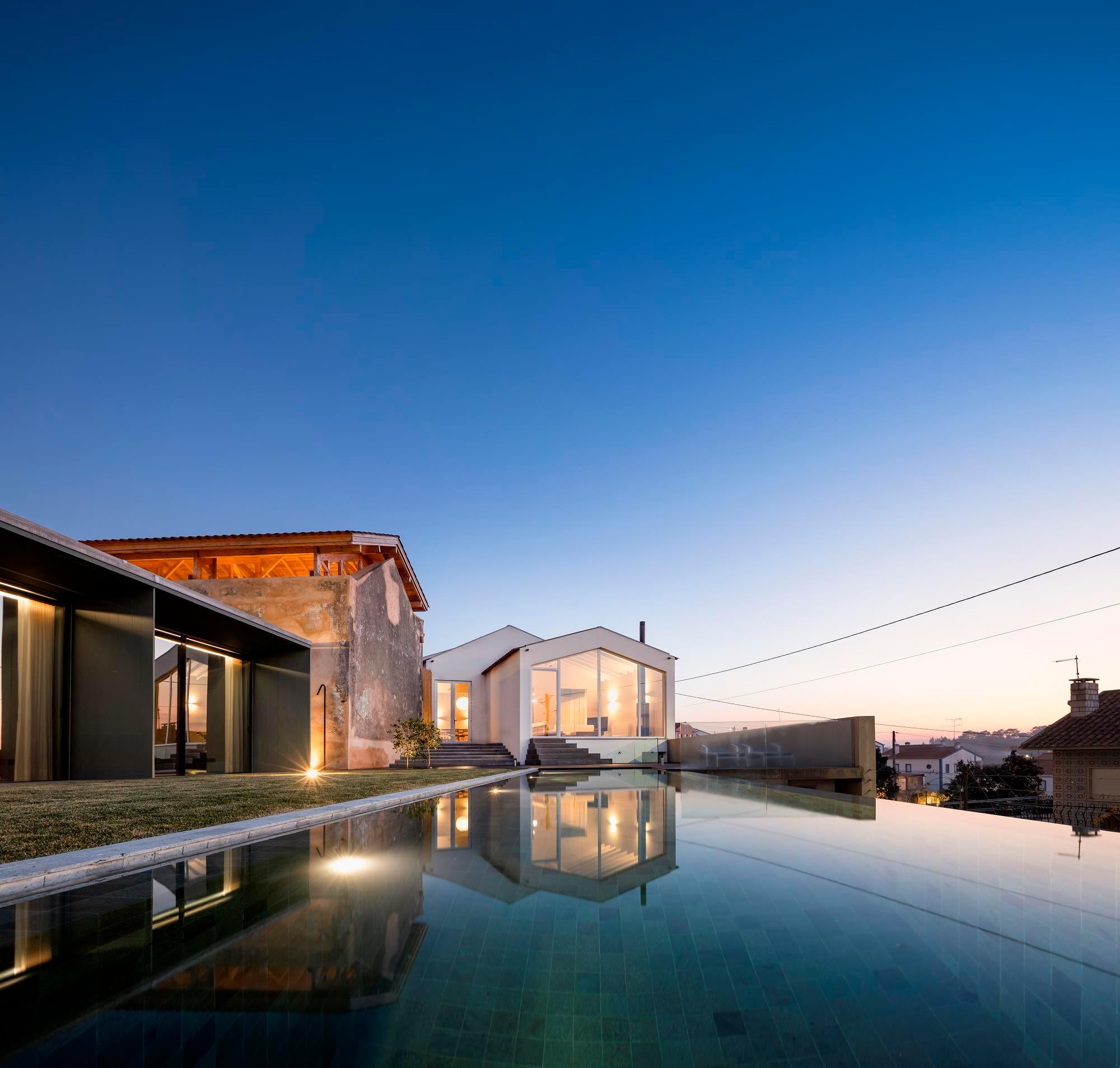 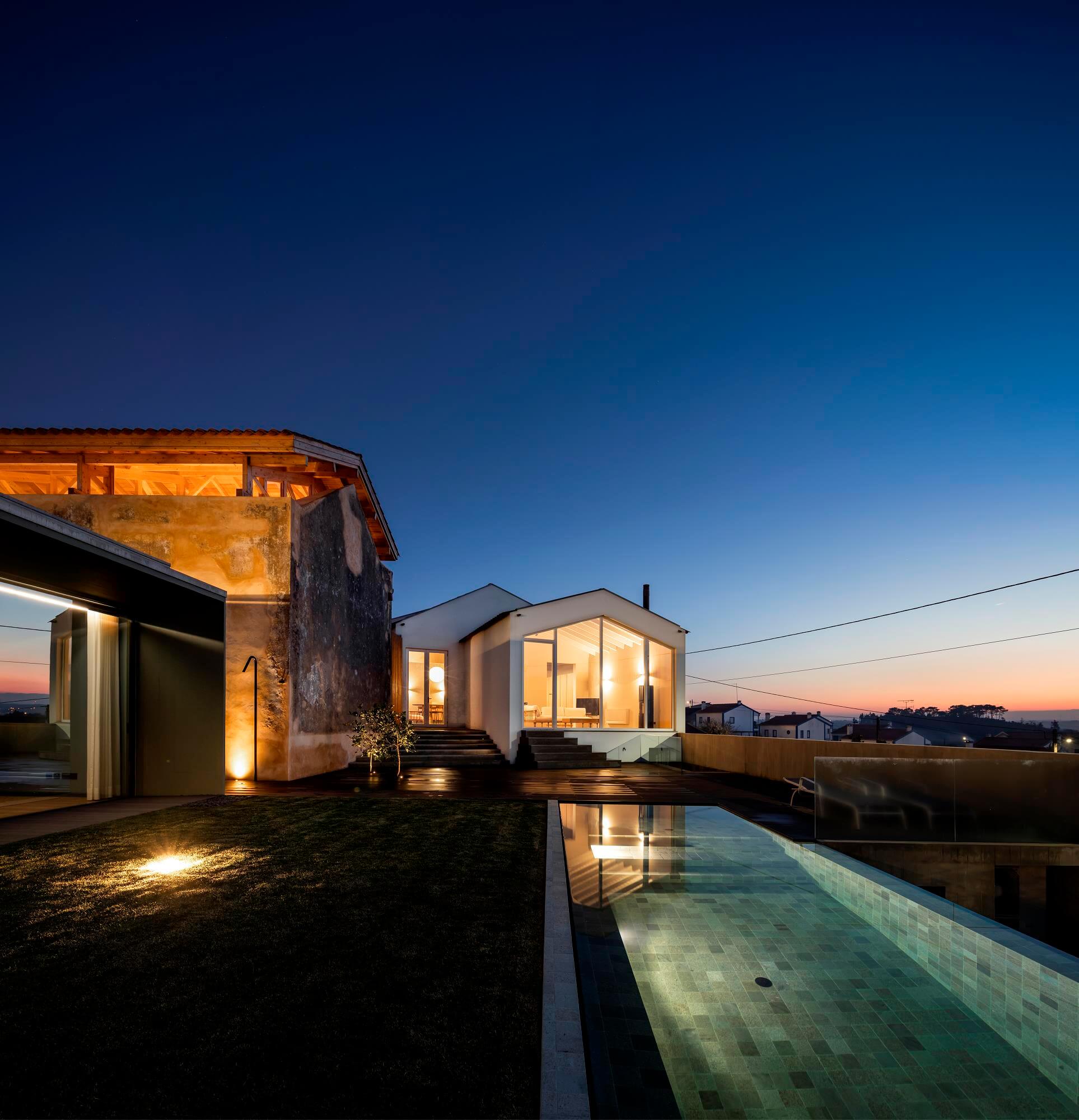